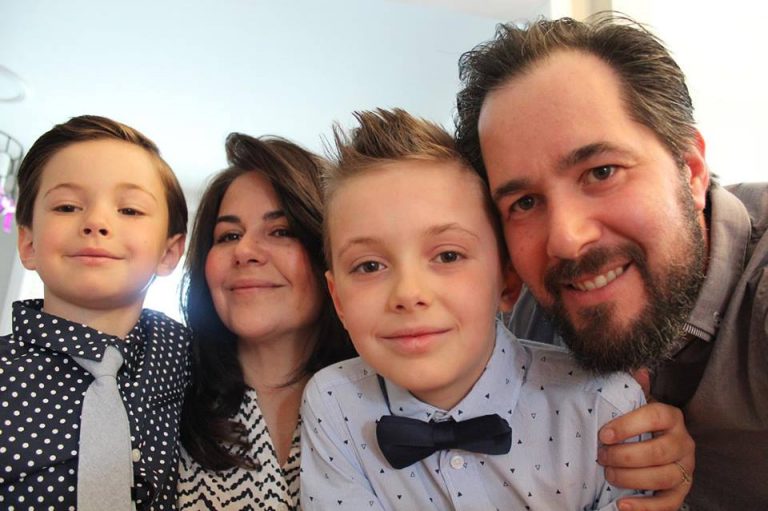 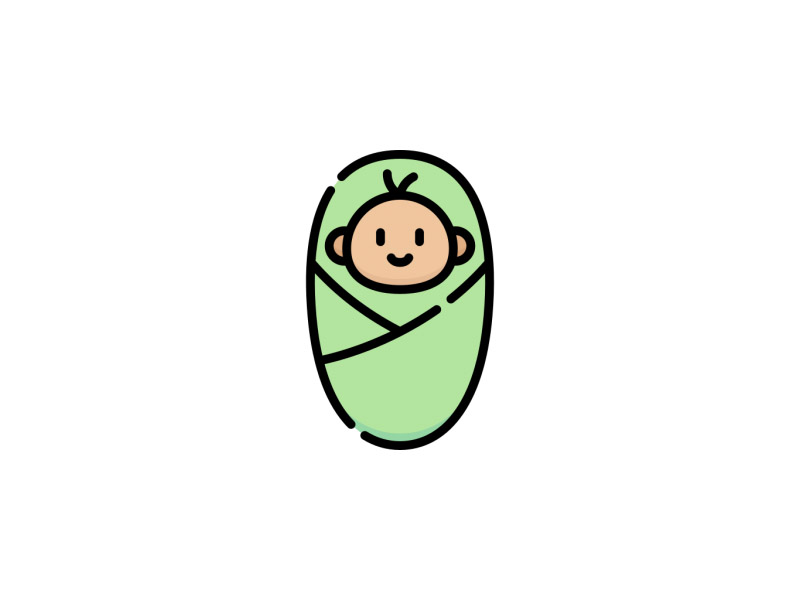 Ann Murphy is a member of the Montreal Anaphylaxis Support Group. Her 11-year-old son, Lucas, has multiple food allergies to peanuts, tree nuts, soy, lentils, green peas, and pineapple. We recently had the pleasure of interviewing her about her family’s experiences.

Please tell our readers how you learned that your son had multiple food allergies. Did he have any reactions before he was diagnosed, and if so, what was that like?

Lucas was our first-born son. He was a happy baby, with an extremely easygoing temperament. From the moment he entered the world, his little body was full of eczema. His face and cheeks would often be flushed, bumpy, red and cracked. His skin was a mystery of recurring affected areas that would go away and reappear for no apparent reason. After regular trips to his paediatrician, we began a regimen of creams and lotions. Each application seemed to make things worse. For the first five months of his life our son was exclusively breast-fed.

During this time, he was experiencing a lot of vomiting, diaper rash and sleepless nights. He seemed uncomfortable and irritated but we did not know what was going on. We had no idea about food allergies, and no history of food allergies in either my family or my husband’s. The vomiting continued, the skin issues persisted and we tried our best to make our lovely little baby comfortable. Until the day we had our “big bang,” as I call it. It was February 11, 2006. Five days prior to his first birthday. I was home alone with Lucas. His dad had already left for work. As I began my morning ritual, I prepared myself some toast and peanut butter, something I had eaten almost daily for countless years.

That morning, I took a tiny amount of peanut butter with the tip of my fingers and put it on Lucas’s lip, I would estimate something the size of a Tic-Tac®. Within a minute, I knew something was wrong, as he began vomiting profusely, his face became flushed, he was crying, vomiting, swelling. This was bad. My mommy instinct kicked in and I knew he was having an allergic reaction.

I grabbed the phone and called my mom, who fortunately lived upstairs. I told her we had an emergency and asked her to get down ASAP. My son’s eyes were now swollen shut and his face was unrecognizable, but he was also eerily calm. I grabbed my diaper bag, met my mom outside, and decided I was going to get him to the hospital immediately. As I drove, quite recklessly, my mom tended to Lucas in the back seat. She was yelling “He is choking on his tongue!” She tilted his head back and made sure he was breathing. I needed to focus, to get him there; we lived five minutes away from the hospital.

Once we arrived, I parked the car in emergency and ran in with a little limp choking baby in my arms. I shouted he was having an allergic reaction, and like bees, the staff came running in all directions. I remember hearing “code blue” over the loudspeakers. He was brought into a room where he received multiple epinephrine shots along with various treatments. They worked to stabilize him, after which, he was transferred by ambulance to a local children’s hospital where he would be observed. He was okay. But I was a mess and I knew our lives would never be the same. Our son had a peanut allergy.

How did you and your family learn to cope with and manage your son’s allergies?

In the early years, I felt quite alone in coping with his food allergies. I was just a mom; I had no medical training. I could not even cook. Dad was a great support, as he needed to work and keep us afloat. Lucas was home a lot, so we decided that I would be the one to slow down on the career front and be with him. I would not have had it any other way. I made a choice to dive into this full speed ahead; I needed to have some semblance of control over these food allergies.

It has been a process, honestly. I remember the day we left the hospital after our son’s initial reaction. We were given a prescription for an EpiPen® and sent on our merry way. I was naive and blissfully unaware of what was to come for our family. As our son got older, each year seemed to present new issues to tackle. When he turned two, asthma began to play a larger role in his life; his eczema was also running wild. He was thin, pale and always looked tired. From the ages of one to seven, our lives revolved around making him better. We met with allergists, dermatologists, pulmonologists, and dietitians. We even resorted to holistic medicine. Over that time, Lucas was hospitalized on several occasions for asthma attacks, pneumonia, various infections, and of course food allergy reactions. During these years, we discovered Lucas was allergic not only to peanuts, but to soy, eggs, lentils, green peas, most tree nuts, and pineapple. He also had severe OAS (oral allergy syndrome) and reacted to many additives and colourants.

We had to make big changes to manage his food allergies. Our food choices became more about “grown” food, as processed food did not work for his body, and we incorporated probiotics. We changed his soap, his creams, his clothing, and even his toothpaste. Eating out became more difficult, and travel required some food preparation and planning. But we managed.

What are some of the biggest challenges in raising a child with food allergies?

The emotional aspects have been far more challenging than the logistics. I believe that if my husband and I had to express our biggest success in dealing with food allergies, it would be the way our son conducts himself. It has been a learning process of keeping our stress and anxiety in check to not allow it to spill over into our son’s life. We learned early on that words, tone and attitude would affect him and that he was a little sponge waiting to absorb all our feelings. I had to stop the pity party and become an example. This does not mean that I have dealt with things in an exemplary manner; it just means that when I broke down, I often did so in private. I remember the first time I administered epinephrine. I was in the hospital room, and he was seven years old and they told me to give him his epinephrine. I held his leg and reluctantly did so. I wiped his tears and excused myself to go use the washroom. I closed the door and cried my eyes out.

As our son grew up we knew we had to teach him to be an advocate, to stand tall and never apologize for his food allergies. There have been challenges along the way. Food allergy bullying, anxiety related to epinephrine administration, and from time to time his feeling of being different. These challenges have made him who he is today. They have also made us a strong, united quartet, with me, my husband and Lucas’ brother Sidney, who does not have any food allergies. The biggest challenge has been to teach our son to be a kid, and to see the world as a limitless place where he can achieve anything he sets his mind to. As we always say: There are no problems, only solutions!

How has your son coped with his food allergies, and how does he manage them at school or at other events when you’re not with him?

Our son has done well managing his food allergies. He is now 11 years old, and wise beyond his years, with a heart of gold. I would say that at this point in his life, he is not defined by his food allergies. He has been fortunate to have been surrounded by amazing people during his lifetime so far, people who really understood his journey, and who cared. He has had great schoolmates and teachers, open to learning more about food allergies. This does not mean it has always been smooth sailing; we have had our share of school interventions. However, we have always approached them with a positive attitude. Our motto is: “Kill ’em with kindness.” When people have lacked empathy or information, we have educated them, and this has been an amazing source of strength for our son. Lucas is responsible and happy, and although it hasn’t always been easy, he is in a good place. He faces his allergies head-on, and we always make certain that we find food alternatives so that he never feels excluded.

This year, our son went on his first school outing, to an overnight camp. He was ready and so were we. We packed his food and medications, and sent him on his way. We had to let our little birdie fly and trust that we had taught him well. As a parent of a child with food allergies, the transition to independence is scary, but we try to remember how responsible and prepared he is.

What words of advice do you have for other parents trying to educate children who have multiple food allergies?

Words of advice—that is a hard one! I would say the most important thing has been to surround myself with great people. Another important thing has been the importance of venting and sharing my feelings. There was a time when I was the weird mom who only spoke about my son and his allergies. I know many people will relate. It is not a bad thing, but it can become overwhelming. Once I found a few moms living with the same experiences, I could gather all my worries, emotions and questions into conversations that gave me permission to feel the way I felt. It was free therapy, and I needed it. It also allowed me to gain some perspective and realize that life would go on, as it always has.

Advice: Take it one day at a time, keep a food log, and be your child’s best advocate. Search for answers and always follow your gut! Try to stay positive and educate others. Don’t demand, ask. It makes a world of difference. Do not let food allergies define your child, and never apologize for his or her allergies.

Our son wanted to offer one last piece of advice. He says: “Don’t fear administering epinephrine; it is not that bad, and once it is administered I feel 100% better.”

Ann Murphy lives in Montreal with her husband, Philippe Sirois, and their children, Lucas and Sidney.