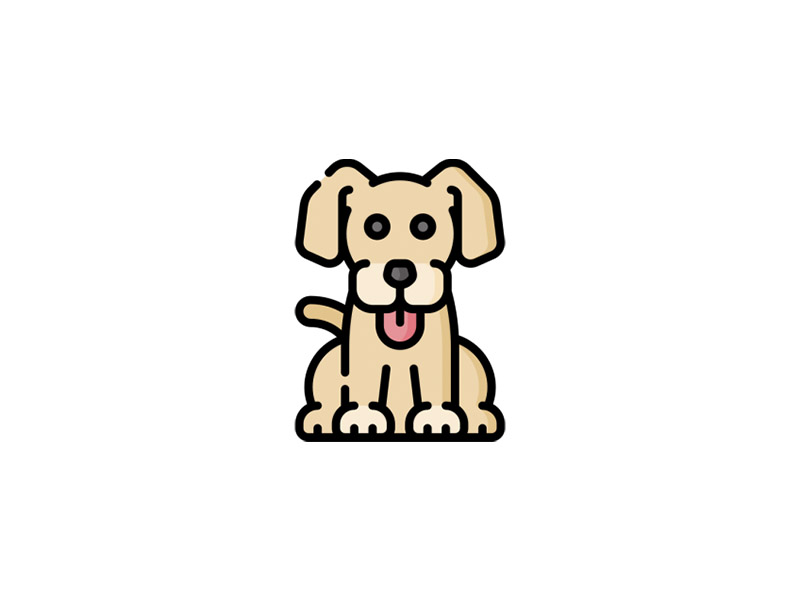 A journey through animal allergies, from avoiding dogs to finally owning one.

The human-animal bond has continued to evolve through the centuries, and pets now populate many households worldwide (in the United States alone, the number of dog and cat owners is estimated to be 77.5 and 93.5 million respectively). Providing companionship, emotional support, and even taking up occupational activities, animals have a significant role in human lives.

However, pets are also among the most common causes of allergy. Scattered information suggests that up to 10-15% of the population of affluent countries produce pet allergen specific IgEs, that can lead to symptoms such as conjunctivitis, sneezing, runny nose, swelling, wheezing, and even induced atopic dermatitis.

Pet allergy is a reaction to proteins found in animals’ skin flakes (dander), saliva or urine. Dander is particularly problematic, because it is very small and can remain airborne for long periods of time with the slightest amount of air circulation.

Sarah Chapman, 53, volunteer for Allergy UK and Anaphylaxis Campaign since 1997, is mother to four children, two of whom have an extensive list of environmental and food allergies.

Sarah’s son, who is now 22 years old, developed a strong dog allergy at the age of seven. Although he was not asthmatic, he began to show asthma symptoms when visiting his grandmother who owned a dog. Coughing, wheezing non-stop, facial, neck and chest flushing, and a nettle rash on exposed skin meant he had to take antihistamine and leave the house immediately.

While many will go out of their way to pet a cute dog that passes by on the street, Sarah’s son has had to adapt his lifestyle to steer clear of dogs as much as possible. His family members have also made significant changes to their living spaces where possible to minimize the impact of the allergy.

“Grandmother removed her carpets, put wooden flooring and got leather sofas she could wipe down. We also called ahead of visiting, to give her time to remove the dog and clean the front room. Despite giving him antihistamines before each visit, he still reacted, and spent much of his time playing football in her garden and avoiding going in her home. So visits were short, perhaps half an hour in her home…” Sarah explains.

But homes aren’t the only sites of impending danger: cars also caused problems, as owners often transport their dogs in them.

“He would find it difficult to breathe, get a tight throat and constant coughing. This had the biggest impact as it meant that he could not go in a car that had previously had a dog inside. Weekend football meant that parents always gave lifts to the team, but our son could not be driven by their parents.”

This also meant Sarah’s son sadly had to miss out on several social activities that shape one’s teenage years.

“He found it difficult to eat celebratory pizza with his team-mates after a football win, as many of them had dogs in their house – sometimes the food aspect could be sorted, but not the dog allergy.”

Despite this, Sarah’s son always wanted a dog and begged his allergy clinic each year to test for the allergen and see whether he had outgrown it. During his teens his allergies changed – while he seemed to react to previously outgrown allergies such as egg, he was able to tolerate touching a dog.

Finally, when her son was 19 Sarah’s family felt confident enough to have a dog in their home, as her son had managed to spend longer periods of time with other peoples’ dogs in their houses with no complications.

Although the allergy is still there, Sarah’s family implements strict management strategies to control the symptoms.

“We need to ensure certain regular cleaning is done to control the itchy eyes. We have wooden flooring, leather sofas and throws. I use a steam cleaner on the floors and wash down the sofas and throws weekly. The dog isn’t allowed in bedrooms and sleeps downstairs in the dining room. The dog is also sent to the groomers regularly, as this also helps to control the spreading of his allergen-laiden fur!”

Sarah explains that people often underestimates the impact that animal allergies have, and that better education on these issues is really needed.

“As a parent I’ve had a lot of sarcastic eye-rolling directed at me when I had to ask about dogs, and whether they had ever been in people’s cars or if they had a dog at home. This did impact on my son’s social life, as auto injectors and the dog allergies meant, quite reasonably that other parents were hesitant to have him under their care. There is also an element of not realising that it is not just a case of moving animal from room, but that the saliva, or licked, shed fur on furniture can cause a reaction. ‘But my dog is hypoallergenic’ is often quoted at us, and any mild attempt to say, “well, no that doesn’t mean much”, is met with disbelief. The only weird plus side was when a horse owning friend rang me up for advice regarding her hay fever allergic horse. It is not just humans that have allergies!” she says.