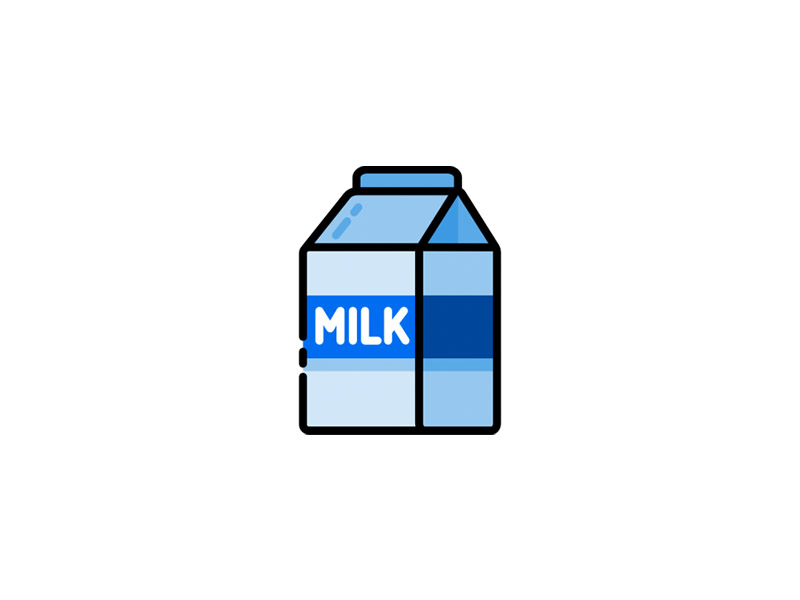 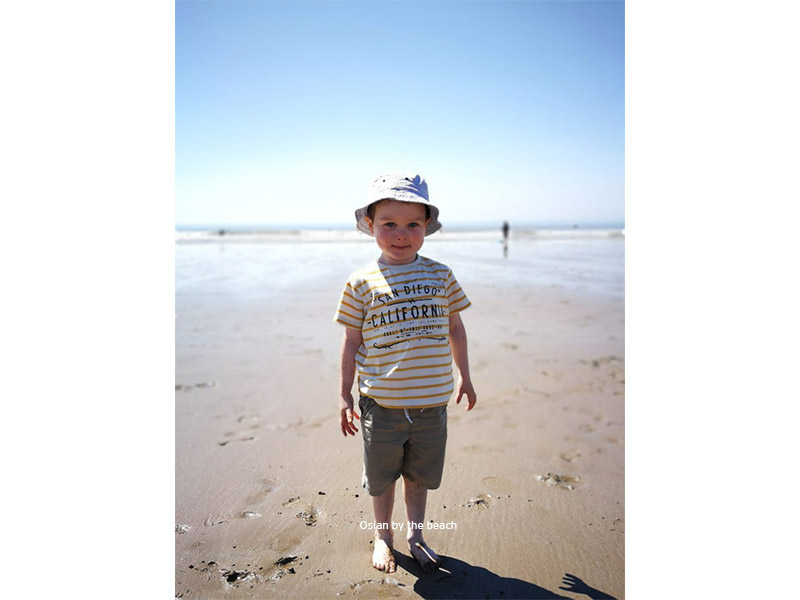 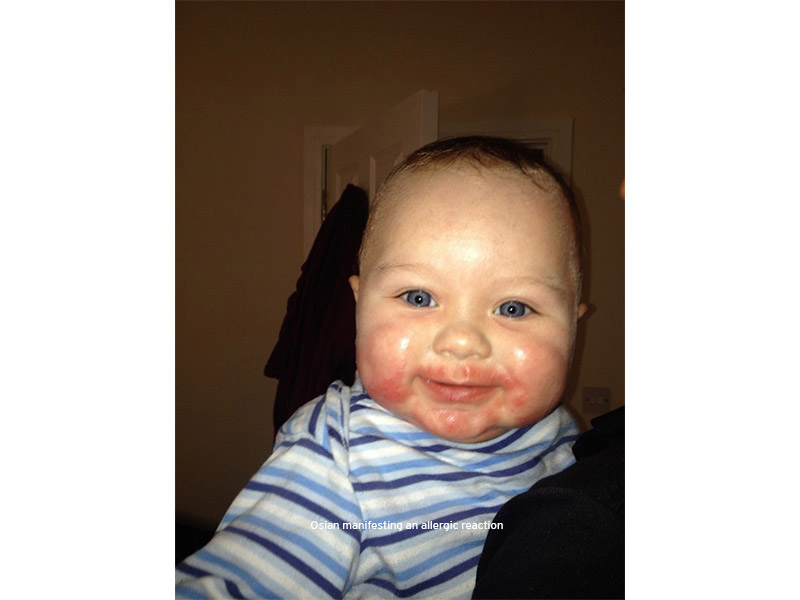 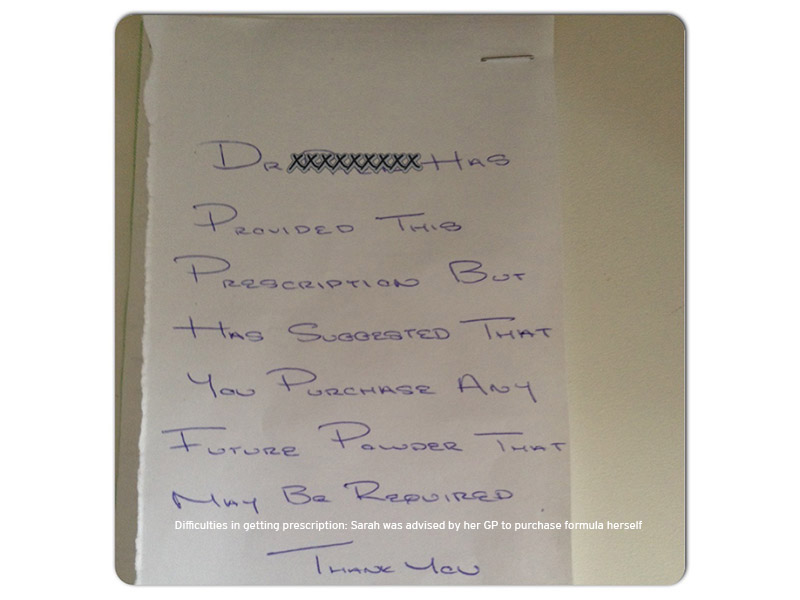 The daily (and dairy) struggles of a multi-allergy family

From birth, to diagnosis, to management, young Osian and his parents’ lives are filled with challenges and ways to overcome them

Sarah Pattison, 39, from Pontypridd, South Wales had a hunch something was not right soon after her baby boy Osian was born. He was generally a very unhappy, uncomfortable and distressed child, who experienced regular projectile vomiting during and after feed and other symptoms of reflux, such as back arching, excessive screaming, restlessness, poor sleep patterns, diarrhoea, and discomfort when laid on the back, to name a few.

Having seen her niece and nephew also suffer with the condition, Sarah suspected Osian was allergic to cow’s milk protein (CMPA), but as a first-time mum, it took her many challenging months to persuade medical professionals of this.

Visiting the GP repeatedly and bringing the symptoms to their attention, she was told that since Osian was putting on weight, he did not have reflux or CMPA. He was also covered head to toe in eczema – mis-diagnosed as baby acne by the GP – and his hands had to be covered in socks and scratch sleeves to reduce damage from scratching.

At last, when he was 5 months old, a successful prescription of an extensively hydrolysed formula marginally helped to ease the symptoms. But it was oddly difficult for Sarah to ensure the formula would keep being prescribed, with her GP pinning a handwritten note on the slip advising that she should buy it herself the next times if she felt her son needed it.

Sarah recounts how a knowledgeable GP who is willing to rely on parents’ first-hand observations is crucial in the care process.

“Thankfully we moved to a new house and registered with a new practice in a different health authority… the difference could not have been more marked. The GP at the new practice changed Osian’s prescription so that we could request multiple tins of the milk at a time (rather than the two per prescription we had been provided by the previous practice). The GPs also listened to me and trusted my maternal instinct.”

After reflux medications were prescribed and a dietitian recommended an amino acid formula, Osian slowly but surely started to become more comfortable. However, when weaning commenced, his symptoms became more severe and he started to show signs of acute reactions.

It turned out that cow’s milk protein was just the tip of the allergy iceberg, as through meticulous food diaries and skin prick and blood tests it was confirmed Osian was allergic to egg, nuts (all), soya, lentils, peas, buckwheat, wheat, cats, dogs, dust mites and various grass pollens. Over the years Osian has also had hospital admissions for anaphylaxis (to milk), chronic lung infection and asthmatic symptoms.

With such an extensive range of allergens to be mindful about, the effect on Osian and his parents’ daily life has been significant in several ways.

“Daily life feels challenging for all of us. Osian is wary and anxious around unfamiliar scenarios, or those involving food because he knows he might become poorly, but with reassurance and encouragement he will relax over time,” Sarah says with hope.

Osian’s symptoms can very on a day to day basis, from sneezing and rhinitis to flare-ups, eczema and itchy rashes. He has particular problem-areas on his fingers, behind his ears and on his eyelids, so he often needs to wear plasters on his fingers to protect split and broken skin.

“The skin routine related to Osian’s eczema elicits a lot of complaint from Osian as he doesn’t like the feel of emollients and steroid creams on his skin and in his hair,” Sarah says.

As Osian’s parents, Sarah and her partner Ben too, feel a high level of anxiety and stress arising from the responsibility of keeping their son safe and not making any mistake with his foods or allowing him to be exposed to his allergens.

“We’ve had to completely change our household routine and practices – we only use certain cleaning, beauty, and cosmetic products because our previous ones included Osian’s allergens; we don’t keep Osian’s allergens in the house because we want his home to be worry-free, so our own diets have changed a lot as a result. We spend a significant proportion of our free time cooking meals and treats from scratch, scouring ingredient lists on packets for safe foods, contacting manufacturers to check production environments and traveling between multiple supermarkets to access the few products in each that are safe for Osian. We find it difficult to find certain 100% cotton clothes (e.g. school uniform, winter hats, scarves and gloves) so this can be time intensive and certainly an activity many other families don’t need to think about.”

One of the less frequently discussed aspects of allergy is the negative effect on finances that it can have.

“Catering for a multiple allergy diet is much more costly than a non-allergy diet; free from products are significantly more expensive than their standard equivalents, cotton clothing generally costs more than mass produced synthetic versions. We have had to purchase medicine bags and medical ID bands. When Osian was at private nursery, we had to provide certain foods and products in order to help them cater for Osian (both in terms of food and activities), on top of the high childcare fee we were already paying. We felt compelled to choose a higher end nursery for him as they seemed a lot more clued up on allergy, eczema, asthma than their cheaper competitors, so our costs for childcare were already at the higher end of the scale. Throw into the mix Osian’s move to full-time school and we have now lost one income as we felt that one of us needed to be close to school in case of emergencies, so I resigned from my job as an HR & Operations Manager and am taking a career break until we feel comfortable that Osian is okay at school,” Sarah says.

And although Osian is kept as safe as possible within his home environment, the exterior seems to be at times problematic.

“We feel frustration at the lack of general understanding around allergy and how life-threatening the condition can be. We certainly feel that we have grown distant from some of our social circle as a direct result, either because they don’t take the condition seriously or believe that it is as serious as it is, or because we don’t have as much time to engage with people socially as we would like and they feel we have distanced ourselves from them. We rarely find eateries that can cater for Osian’s needs and often, taking our own food can be frowned upon. So this can also cause us to feel quite isolated, socially. The preparation for school was much more intense than that needed by a non-allergy family: we took a lot of time teaching Osian about how to respond to situations involving food or allergens if he wasn’t sure of his safety. I can’t stress enough the emotional toll of teaching your 4-year-old how to explain to another child that he might be allergic and can’t share their food, teaching him to tell a teacher when he ‘feels funny’ and needs his medicine…”

Because of this, since taking a career break Sarah has set up welshallergymummy.co.uk as a resource for families like hers in her area. Through this project, she has networked with people in the same boat from all over the UK and further afield, been invited to chat on national radio about her experiences of allergy and been invited to visit a BioTech company that is a world leader in allergy and asthma research and diagnostic products.

“It helps just to have someone say ‘I get it’ or ‘we’ve been there’, and has definitely helped to reduce the feeling that nobody understands the challenges we encounter daily.”

The most important challenge is not letting Osian be singled out because of his allergies, and shaping him into a self assured person despite them. Although this is not always easy, with increased public awareness and alternatives, Osian’s family’s wish will be granted.

“We feel the weight of our wish for him to grow into a confident individual, who lives with his allergies but isn’t defined by them – it is proving a difficult task. Osian himself is very on the ball with his allergies and a plus point is that he’s never known life without them. However, he is aware that he is ‘different’ to other children and all he wants is to be the same as them,” Sarah says.